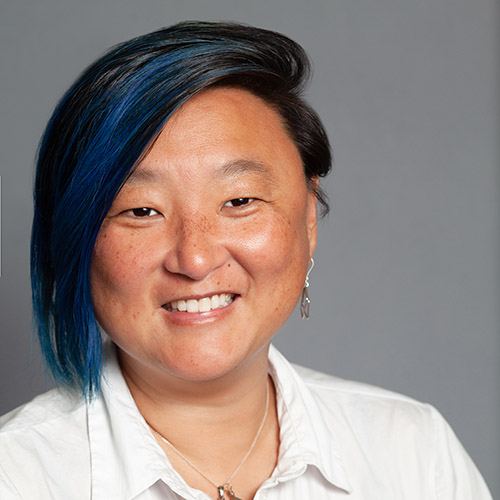 Frances Chang is a marketing, public relations, digital and graphics master. Her eclectic marketing history stems from puppetry, which branched out to pro wrestling, then blossomed to the circus, but got some groundwork in the kitchen and bath industry, then went out on a limb at a movie prop house to now setting up roots with communications 21. Her unique point of view has led to successful campaigns such as Drag Queen Story Time at Posman Books at Ponce City Market and Star Wars: A Farce Awakens, Highwire Comedy’s first sketch revue.

Frances graduated from Furman University (FU all the time!) with a business administration degree. She moved to Atlanta, just in time for the Summer Olympics, to begin her graphic design career. After nine years in the licensed apparel industry, she realized that she had bigger ideas that went beyond planting a logo on loungewear, so she made a switch and barked up a new tree by reaching out to the Center for Puppetry Arts. As their marketing intern, she soaked up knowledge on email marketing, social media, copywriting and event planning. Nine years later, Frances sprouted into the marketing leader she is now.

Because her body rebelled against her addiction to competitive volleyball, Frances now spends her spare time pursuing less rigorous activities like working backstage at Dad’s Garage (this was in the “before-times” pre-pandemic), writing sketch comedy and producing short videos with Critical Crop Top. Frances has also been volunteering at Children’s Healthcare of Atlanta at Egleston since 2015, holding babies in the NICU.

Frances is certified in Google Analytics and was recently awarded the 2020 Best Local Film honor at the Cobb International Film Festival for her short film, Baggage Check, and recently had three projects accepted and up for awards at the Portland Comedy Film Festival.