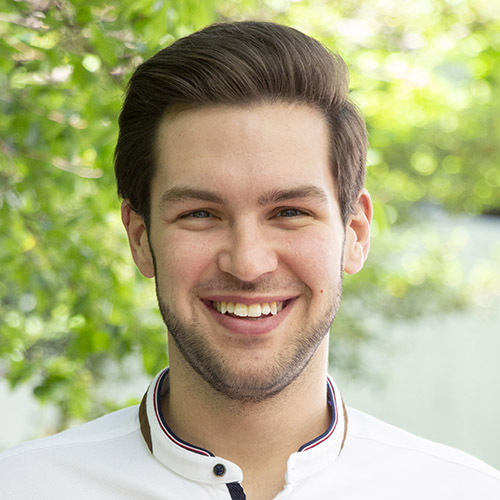 Carter Brown is a senior account manager and plays a role in a variety of client accounts in industries ranging from entertainment to nonprofit. He provides top-notch social media and public relations services and is constantly striving to expand his digital marketing portfolio.

Before being hired as an account manager, c21 discovered Carter’s talents when the company hired him as volunteer coordinator for the 40th anniversary of the Atlanta Jazz Festival in 2017. The next summer c21 hired him as an intern where he developed social media and email campaigns, conducted media relations and analyzed ROI for social media and digital marketing efforts.

Carter is a graduate from Auburn University (War Eagle!) with a degree in public relations. During his time on “the loveliest village on the plains,” Carter was heavily involved on campus with the University Program Council, a student-led organization which plans free on-campus events for students. He served as the director of the public relations committee for two years before being hired by the university to become the organization’s first vice president of marketing.

Carter was born and raised in a one-stoplight town and attended college only 30 minutes from his hometown, so it’s safe to say that Carter is thriving in Atlanta. Outside of the office, you can find Carter struggling with snatches at CrossFit (relatable anyone?), brewery hopping with friends on the Atlanta BeltLine, exaggerating his love for cheesy Netflix movies or aggressively defending Taylor Swift on the internet.