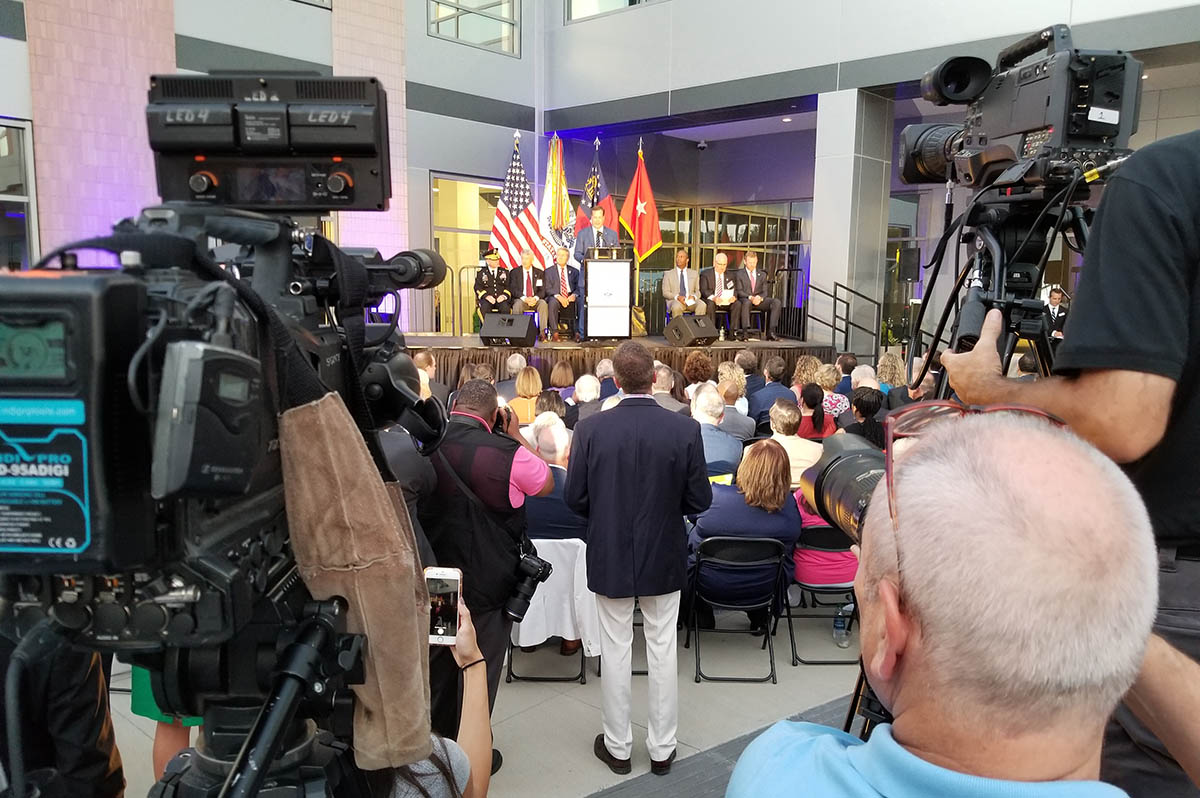 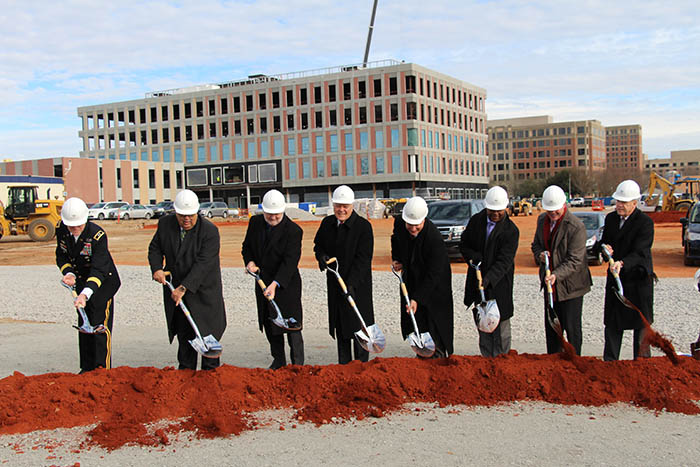 Challenge
The Georgia Technology Authority had never built or opened a building before but was charged with the development and launch of the Georgia Cyber Center in Augusta, Georgia. The $100 million facility was the single largest investment in a cybersecurity facility by a state government and needed careful branding, marketing and publicity prior to its grand opening on July 10, 2018.

Solution
c21 was hired to develop an integrated marketing plan for the Hull McKnight Georgia Center for Cyber Innovation and Training which included branding, collateral, media relations, video development, social media and more. The first task was to create a logo and brand guide, but c21 also suggested a simpler name. Perhaps the Georgia Cyber Center? The name was a hit – especially after the announcement that there would be a second building! After much deliberation, a logo was selected that all parties involved agreed upon. From there, c21 developed a brand guide complete with brand colors, fonts and logo usage.

Along with the branding, c21 launched the Georgia Cyber Center’s first social media channels and began developing content for the pages. They have since been handed off to Augusta University to manage, but prior to that, c21 ran several successful Facebook ad campaigns to help get the pages off the ground and gain followers for a facility that wasn’t even open yet.

Next, c21 drafted copy for the website, which was initially a templated government site. c21 was able to develop informational content within the boundaries of the templated site and suggested ways to maximize the template for the Cyber Center’s needs.

Once the branding efforts were completed, c21 supported GTA on the grand opening of the Georgia Cyber Center’s Hull McKnight building from collateral development to video production to media relations. c21 developed a unique pocket folder/event program hybrid to pass out at the Hull McKnight building’s grand opening, which included a map for a self-guided tour and a special keepsake print of the center. c21 also coordinated with multiple stakeholders - from state government to academia to the military – on the filming and editing of a video to highlight the importance of the Georgia Cyber Center and how it will benefit the state of Georgia, city of Augusta and the field of cybersecurity.

Leading up to the grand opening, c21 capitalized on construction milestones, leasing announcements and unique features of the Georgia Cyber Center to gain positive media attention and build anticipation for the center’s debut. A combination of media alerts, press releases and pitching led to a range of stories to reach multiple target audiences, including students, potential tenants and more.

Results
As a result of c21’s integrated marketing efforts, the Georgia Cyber Center’s Hull McKnight Building opened with a splash with more than 1,000 attendees. In 2018, the center collected almost 347M media impressions in a variety of outlets, including broadcast, print and digital, with July – the month of the grand opening – seeing more than 100M impressions.

Digitally, the Georgia Cyber Center attracted close to 2,000 followers on Facebook and 600 followers on Twitter in less than a year – and during much of the year the center wasn’t even open yet! The Facebook ads designed to gain followers had an impressive 3.7% response rate and were clicked on more than 2,500 times. An interiors video uploaded to Facebook was viewed 1,300 times.

Along with ample social followers and media coverage, c21’s integrated marketing program increased visibility and awareness of the Georgia Cyber Center and helped JLL, the development and leasing company, to secure two large tenants, which c21 announced, including Parsons and BAE. Since then, the center successfully opened its second building, the Shaffer MacCartney Building, and has succeeded in bringing together - into one facility - members from the private and public sectors, academia, law enforcement and the military to help innovate and solve the today’s and tomorrow’s cybersecurity issues. 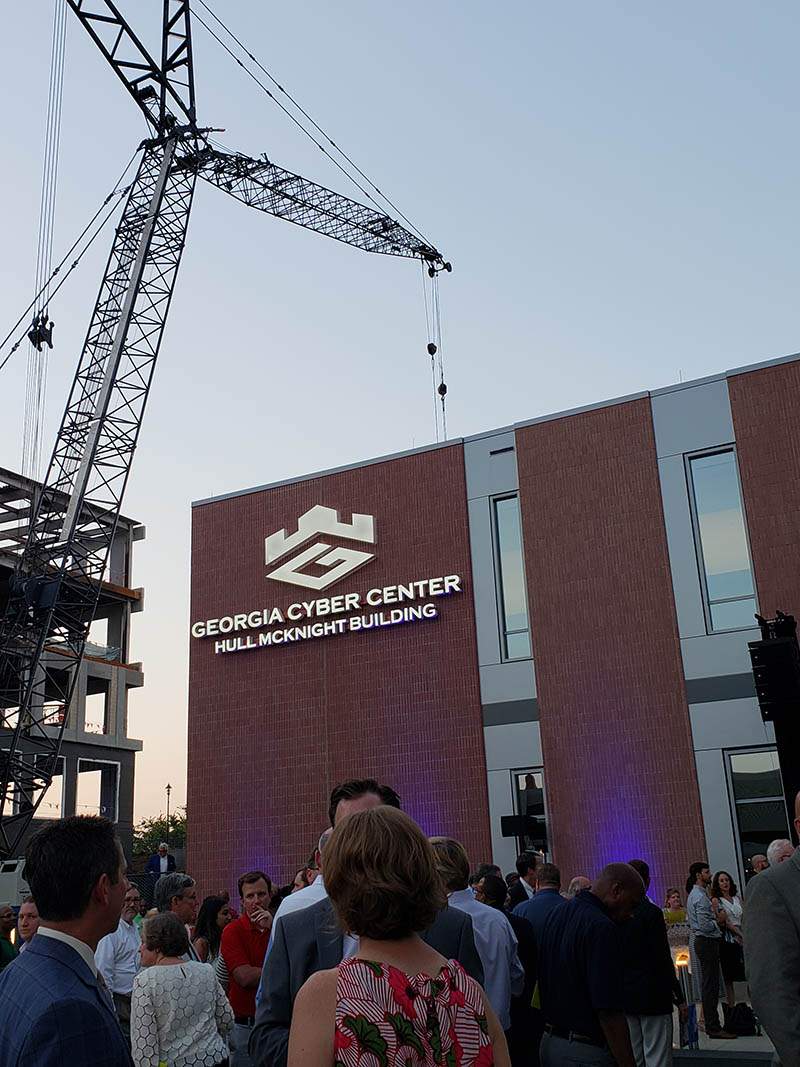